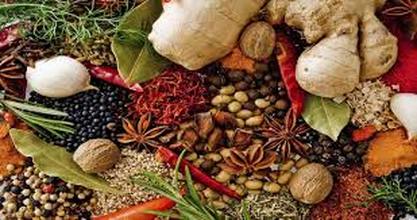 Ayurveda is the traditional medicinal form, prevalent in India since 2000 B.C. The Ayurvedic treatment is entirely based on herbs, which have certain medicinal value or property.

In the ancient times, the Indian sages believed that Ayurvedic herbs are one-stop solutions to cure a number of health related problems and diseases. They conducted thorough study about the same, experimented with herbs to arrive at accurate conclusions about the efficacy of different plants and herbs that have medical value.

Most of the Ayurvedic herbs, thus formulated, are free of side effects or reactions. This is the reason why Ayurveda is growing in popularity across the globe. The Ayurvedic herbs that have medicinal qualities provide rational means for the treatment of many internal diseases, which are otherwise considered incurable in other systems of medicine. Go through the following lines to learn all about the importance of herbs in order to lead a healthy, peaceful and disease-free life.
Importance Of Herbs in Ayurveda

Ayurvedic Herbology
The science of Ayurveda is a unique holistic system, based on the interaction of body, mind and spirit. The treatment of Ayurveda is based on Indian herbs, which have a healing energy. Herbs have a unique flavor and intoxicating aroma, which contribute to their medicinal quality. The science of life - Ayurveda - has focused on the use of herbs as to lead a healthy life, free of diseases. Specific emphasis is given on the preparation and storage of herbs, followed since the ancient period, when Indian sages used herbs for curing a number of diseases.

The herbs used in Ayurvedic are different from each other, in terms of a number of factors. A number of herbs vary according to their taste, while others are categorized according to their medicinal value. There are mainly three different categories of herbs: mild, strong and toxic. Herbalists mainly use mild herbs, because they have nutritive, energetic and therapeutic values without causing reactions or toxic effects. Use of herbs is regarded as the friendly way of treatment, because very less or no side effects are associated with them.

Today, Ayurveda and its herbal treatment flourishes side by side with Homeopathic, Unani Tibb and Western conventional medicine and is actively encouraged as an inexpensive alternative to drugs. Ayurvedic herbal treatment is one of the most natural ways of curing a disease, as it has no side effects and after-treatment complications. That's why it is regarded as the most safest and inexpensive healing. In this section, we have given detailed description of the medicinal and herbal properties of Ayurvedic herbs.

Effects of Ayurvedic Herbs
A number of herbs are used as medicines in Ayurveda - the science of life. Since ages, herbs have been known to help relieve aches and inflammation. The Ayurvedic rishis in the ancient times used herbs and mixed them with other herbs to create medicines that could treat many deadly diseases. Some of them proved to be elixirs. The herbs used in Ayurveda have diverse chemical formation.

Types of Ayurvedic Herbs: Ayurveda is the ancient science of life, which aims to promote a healthy lifestyle, free of diseases. The Ayurvedic rishis in the ancient times have discovered the medicinal use of many herbs, which are effective in curing a number of diseases that are otherwise difficult to get rid of. The herbs have been in use since the ancient times, when people were not familiar with allopath and other forms of treatment and resorted to the herbs and Ayurvedic medicines that were available.

Significance of Ayurvedic Herbs: Ayurveda is the traditional medicinal form, prevalent in India since 2000 B.C. The Ayurvedic treatment is entirely based on herbs, which have certain medicinal value or property. In the ancient times, the Indian sages believed that Ayurvedic herbs are one-stop solutions to cure a number of health related problems and diseases.

Properties of Ayurvedic Herbs: Ayurveda is a vast and ancient medicine science. The basic principle of Ayurvedic treatment is to cure the causative element of the disease from its root instead of suppressing its symptoms.

The Ayurvedic treatment is largely based on the natural elements and herbs. All the Ayurvedic medicines are prepared by using these herbs in prescribed quantities. The properties of herbs and effects of the doshas are taken into account in designing the Ayurvedic herbal formulas. 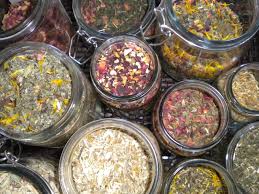 Thank You To Our Friends at SA Herbal
http://www.saherbal.org/about