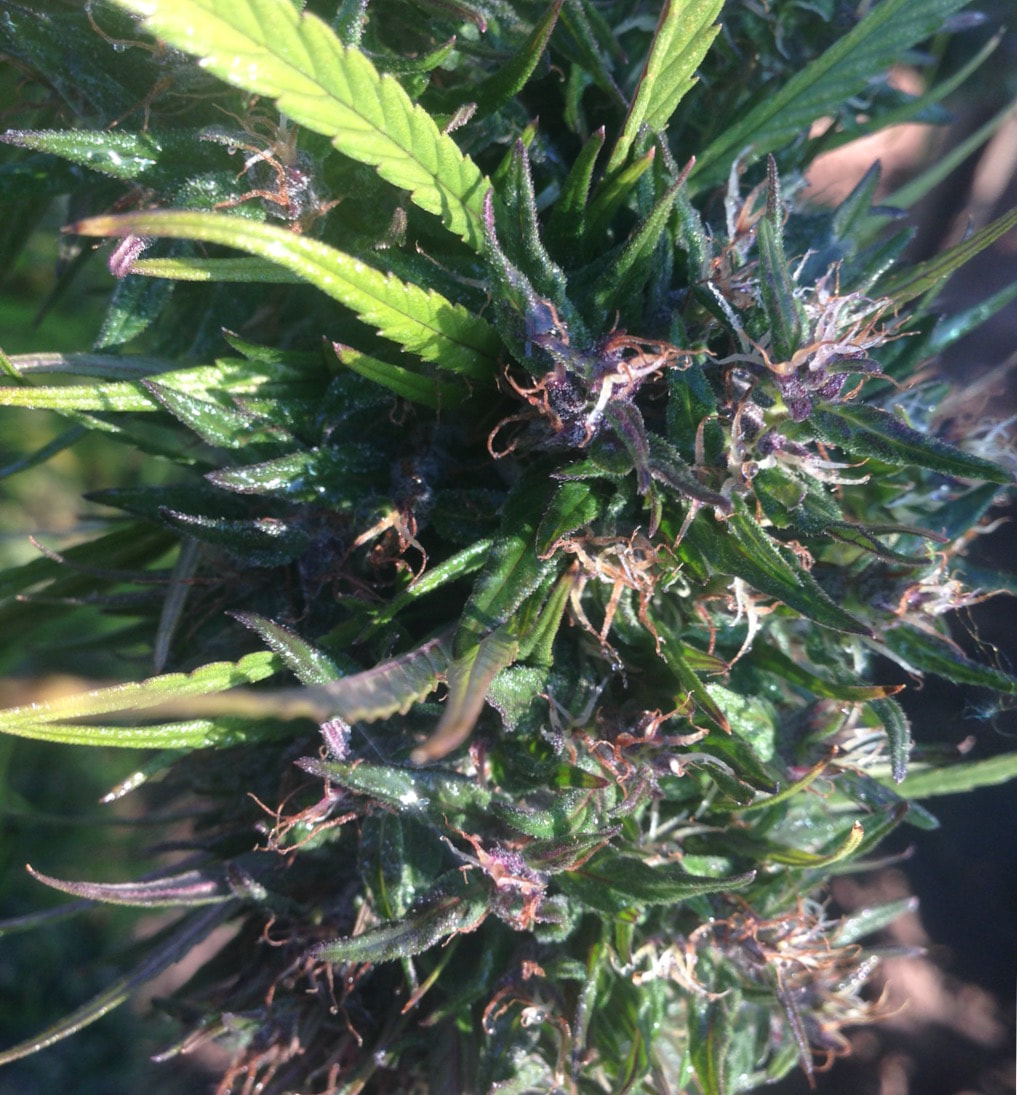 Some of us consume cannabis for its mind-altering effects, while others seek symptom relief. But cannabis wouldn’t get us high or have some of its therapeutic benefits if our bodies didn’t already contain a biological system capable of interacting with its active chemical compounds, like THC.


Our endocannabinoid system does just that. But it isn’t there just to allow us to enjoy the effects of our favorite strain. It serves a vital purpose for our health and well-being because it regulates key aspects of our biology. So, what’s it doing, and how does it work?
Homeostasis: Staying in the Goldilocks Zone 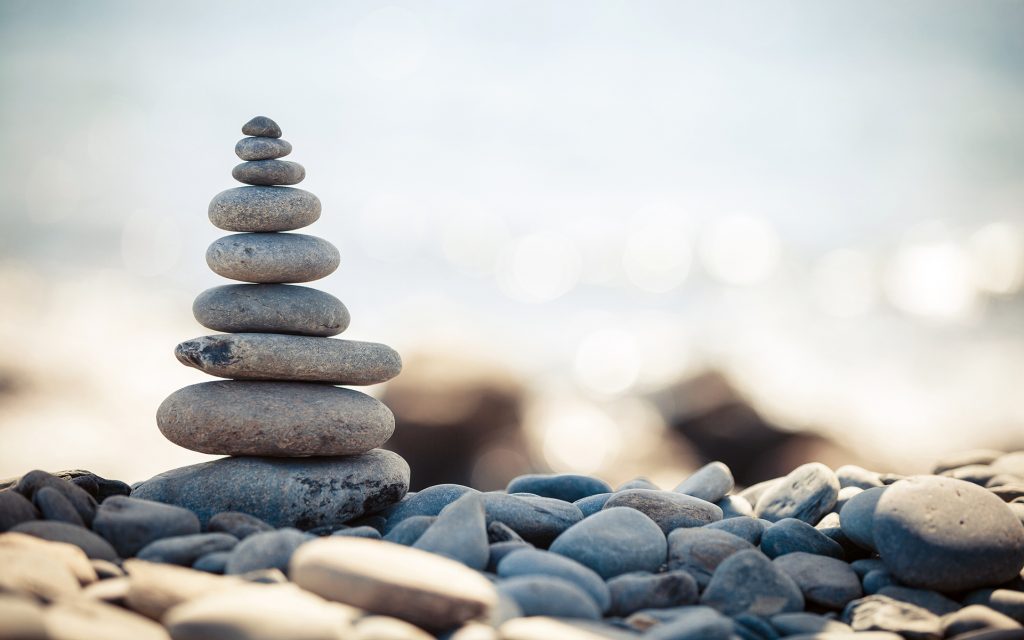 To understand the human endocannabinoid system, it’s helpful to know a little about one of the most fundamental concepts in biology: homeostasis. And the best way to understand homeostasis is to think of Goldilocks and the three bears.
That classic fairy tale illustrated the idea that the best outcome often lies somewhere in the middle, between two extremes. We don’t want things too hot or too cold, but just right.
RELATED STORY
Is Your Endocannabinoid System in Balance?
Homeostasis is the concept that most biological systems are actively regulated to maintain conditions within a narrow range. Our body doesn’t want its temperature to be too hot or too cold, blood sugar levels too high or too low, and so on. Conditions need to be just rightfor our cells to maintain optimum performance, and exquisite mechanisms have evolved to draw them back to the Goldilocks zone if they move out. The body’s endocannabinoid system (ECS) is a vital molecular system for helping maintain homeostasis—it helps cells stay in their Goldilocks zone.
Key Pieces of the Endocannabinoid System (ECS)Because of its crucial role in homeostasis, the ECS is widespread throughout the animal kingdom. Its key pieces evolved a long time ago, and the ECS can be found in all vertebrate species.
The three key components of the ECS are:
Cannabinoid ReceptorsCannabinoid receptors sit on the surface of cells and “listen” to conditions outside the cell. They transmit information about changing conditions to the inside of the cell, kick-starting the appropriate cellular response.
There are two major cannabinoid receptors: CB1 and CB2. These aren’t the only cannabinoid receptors, but they were the first ones discovered and remain the best-studied. CB1 receptors are one of the most abundant receptor types in the brain. These are the receptors that interact with THC to get people high. CB2 receptors are more abundant outside of the nervous system, in places like the immune system. However, both receptors can be found throughout the body (Figure 1). 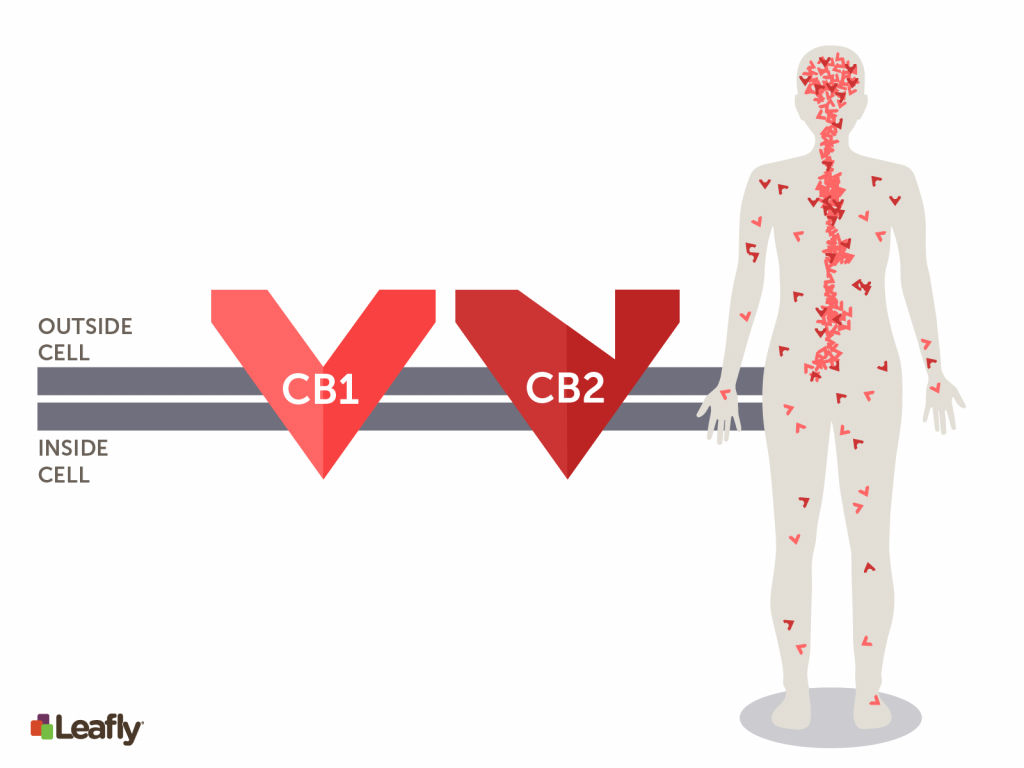 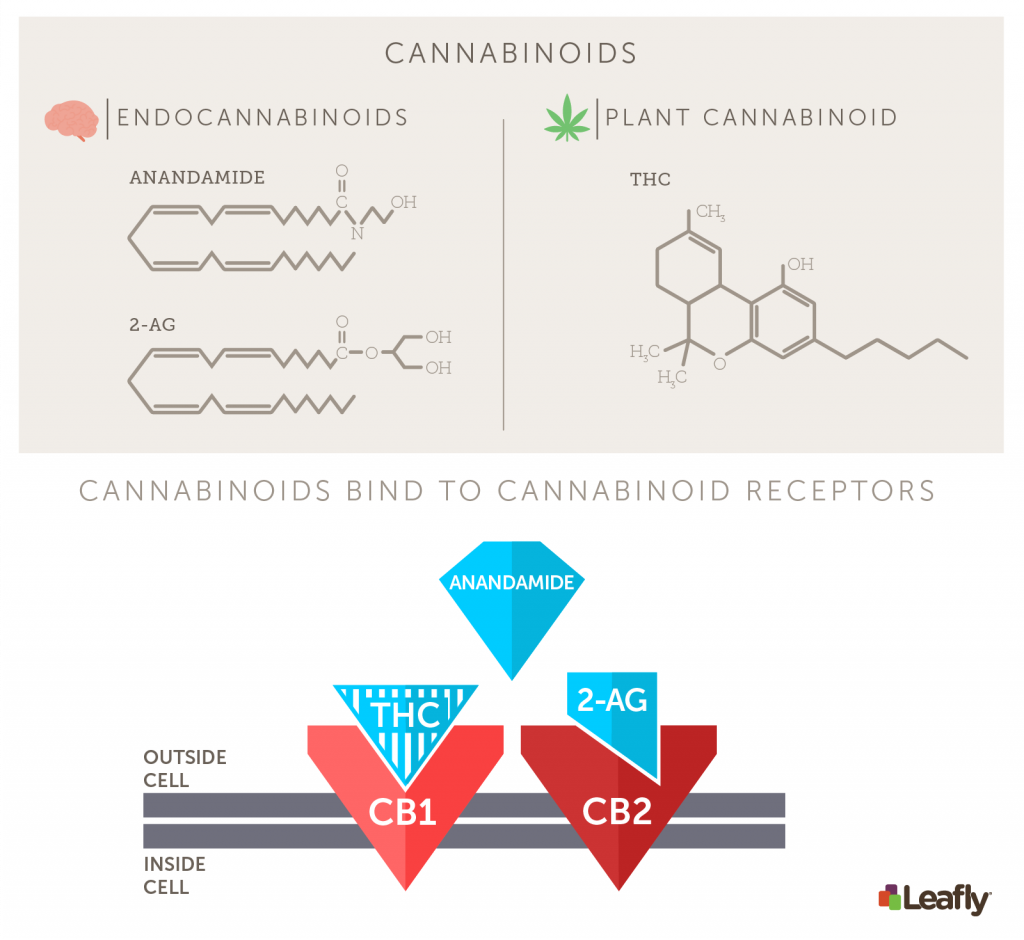 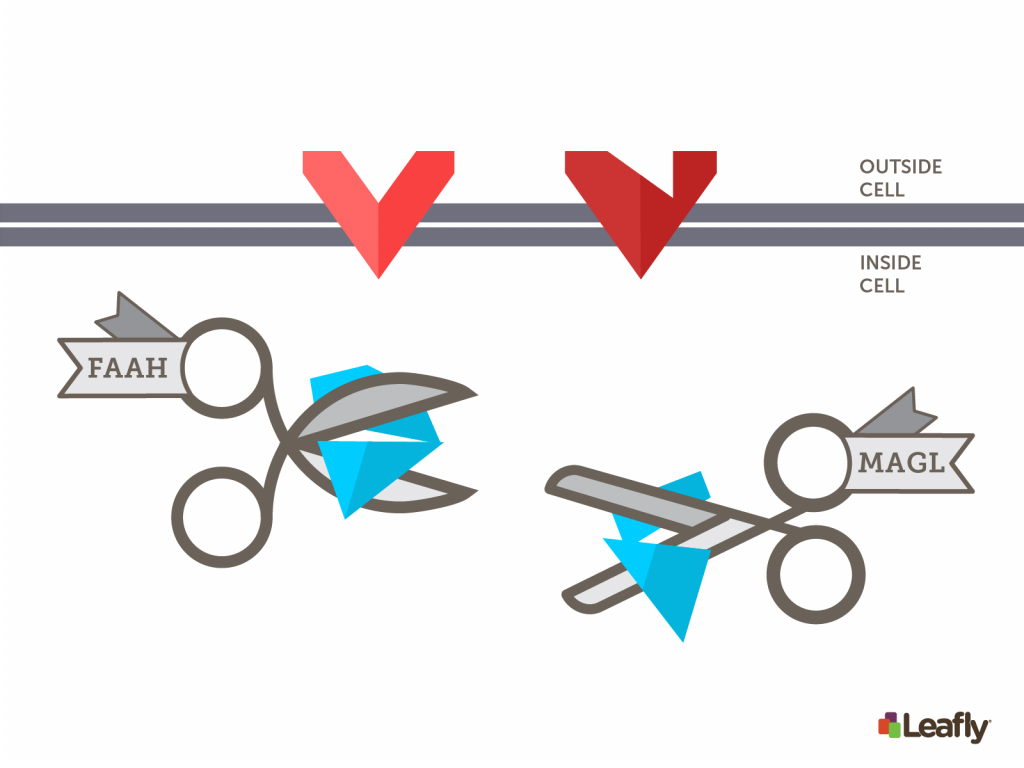 Figure 3: FAAH and MAGL are the key enzymes of the endocannabinoid system.
Enzymes are molecules that accelerate chemical reactions in the body, often for breaking down molecules. FAAH and MAGL are key players in the ECS because they quickly break down endocannabinoids. FAAH breaks down anandamide, while MAGL breaks down 2-AG. These enzymes break down endocannabinoids very quickly, but are not effective at breaking down plant cannabinoids like THC.The three key components of the ECS can be found within almost every major system of the body. When something brings a cell out of its Goldilocks zone, these three pillars of the ECS are often called upon to bring things back, thus maintaining homeostasis. Because of its role in helping bring things back to their physiological Goldilocks zone, the ECS is often engaged only when and where it’s needed. Dr. Vincenzo Di Marzo, Research Director at the Institute of Biomolecular Chemistry in Italy, put it to us this way:
“With the ‘pro-homeostatic action of the ECS’ we mean that this system of chemical signals gets temporarily activated following deviations from cellular homeostasis. When such deviations are non-physiological, the temporarily activated ECS attempts, in a space- and time-selective manner, to restore the previous physiological situation (homeostasis).”
In other words, the ECS helps bring things back to the biological Goldilocks zone.
Below we will consider examples of how the ECS helps maintain homeostasis in two areas: the firing of brain cells in the nervous system, and the inflammatory response of the immune system.
Endocannabinoid Regulation of Brain Cell FiringBrain cells (neurons) communicate by sending electrochemical signalsto each another. Each neuron must listen to its partners to decide whether it will fire off its own signal at any given moment. However, neurons don’t like to get too much input—there’s a Goldilocks zone. If they get overloaded by signals, it can be toxic. That’s where endocannabinoids come in.
RELATED STORY
How Does Cannabis Consumption Affect the Brain?

Consider a simplified scenario with one neuron listening to two others. One of these two neurons might become overactive and send too many signals to the neuron that’s listening. When that happens, the neuron that’s listening will make endocannabinoids specifically where it’s connected to the overactive neuron. Those endocannabinoids will travel back to the “loud” neuron where they bind to CB1 receptors, transmitting a signal that instructs it to quiet down. This brings things back to the Goldilocks zone, maintaining homeostasis (Figure 4). 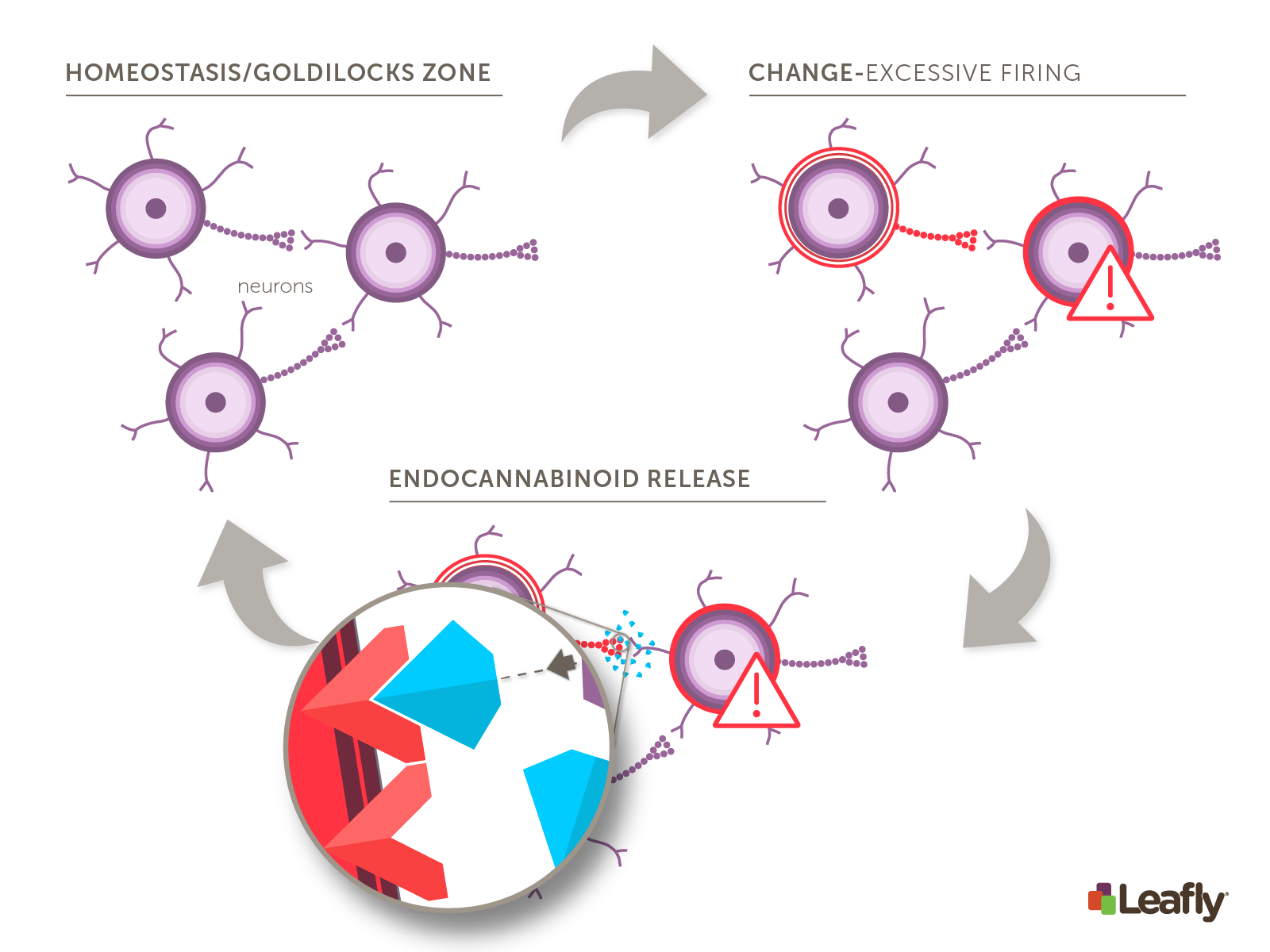 Figure 3: Endocannabinoid signals regulate how active our brain cells are.
Under normal circumstances (top-left), a given brain cell (neuron) will get just the right amount of input from its partners—not too much, not too little. However, some of its partners can become overactive, and send an excessive number of signals (top-right). The neuron that’s listening will detect this, and release endocannabinoids that tell the other neuron to quiet down (bottom). This kind of mechanism helps maintain homeostasis because it helps prevent neurons from sending out too many signals.As the example above illustrates, endocannabinoids travel backwards, which is why they’re known as retrograde signals. Most of the time, information flow between neurons is strictly in one direction, from “sender” neurons that release neurotransmitter signals to “receiver” neurons that listen to those signals. Endocannabinoids allow receiver neurons to regulate how much input they’re getting, and they do this by sending retrograde signals (endocannabinoids) back to overactive sender neurons.
But the brain isn’t the only organ that needs to maintain homeostasis. Every other system of the body, from the digestive to the immune system, needs to carefully regulate how its cells are functioning. Proper regulation is crucial for ensuring survival.
Endocannabinoid Regulation of InflammationInflammation is a natural protective reaction the immune system has in response to infection or physical damage. The purpose of inflammation is to remove pathogens (germs) or damaged tissue. The inflamed area is produced by fluid and immune cells moving into the area to do the dirty work and return things to their Goldilocks zone.
It’s important that inflammation be limited to the location of damage and doesn’t persist longer than needed, which can cause harm. Chronic inflammation and auto-immune diseases are examples of the immune system getting activated inappropriately. When that happens, the inflammatory response lasts too long (which results in chronic inflammation) or gets directed toward healthy cells (which is known as auto-immunity).
RELATED STORY
Cannabis and Arthritis 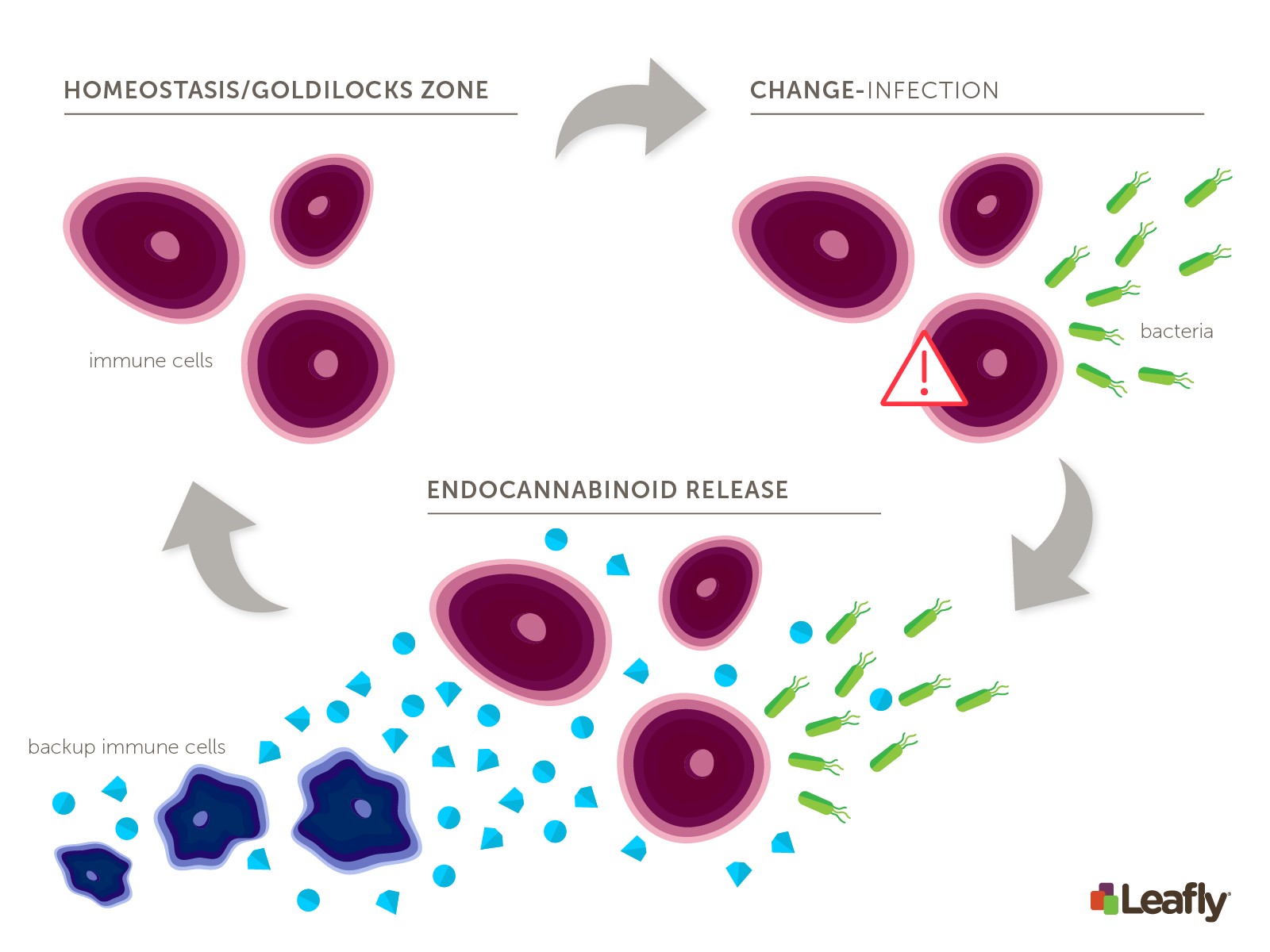 Figure 4: Endocannabinoids help regulate inflammation.
Under normal conditions (top-left), cells of the immune system patrol the body, on alert for any intruders, such as bacteria. During a bacterial infection (top-right), immune cells detect the presence of bacteria and then release a variety of molecules to help mount a defensive attack (bottom). These signals include pro-inflammatory molecules (small circles) that help recruit more immune cells to the site of infection. Endocannabinoids (small diamonds) also get released, and likely help regulate the magnitude and extent of this inflammatory response.How Do Plant Cannabinoids Like THC and CBD Interact with the Endocannabinoid System?The reason that plant cannabinoids have psychoactive and medicinal effects within the body is, in large part, because we have an endocannabinoid system (ECS) that they can interact with. For example, THC gets you high because it activates the CB1 receptor within the brain. Endocannabinoids like anandamide also activate CB1.
So why aren’t we constantly high?
A couple big reasons. First, THC doesn’t interact with CB1 receptors in exactly the same fashion as the body’s natural endocannabinoids. Second, the metabolic enzymes that quickly break down endocannabinoids like anandamide don’t work on THC, so THC lingers around for much longer.
It’s important to remember that molecules like cannabinoids and other neurotransmitters rarely interact with only one receptor type; they often interact with many. The plant-based cannabinoid CBD illustrates this nicely, as it interacts with numerous receptor types in the brain. So, while plant cannabinoids may activate the same cannabinoid receptors as endocannabinoids, they will likely interact with several other receptors and therefore have distinct effects.
CBD is also interesting because it can affect overall levels of endocannabinoids in the brain, referred to as “endocannabinoid tone.” CBD inhibits the FAAH enzyme, which breaks down anandamide. Thus, CBD can increase anandamide levels by preventing FAAH from breaking it down. Inhibiting the FAAH enzyme has been shown to be a useful strategy for treating anxiety disorders, and some of CBD’s anti-anxiety properties may come from its ability to inhibit this enzyme and thereby increase endocannabinoid tone.
SummaryThe endocannabinoid system (ECS), comprised of cannabinoid receptors, endocannabinoid molecules, and their metabolic enzymes, is a crucial molecular system that the body uses to help maintain homeostasis. Because of its vital role in making sure that cells and systems remain in their physiological Goldilocks zone, the ECS is tightly regulated; it gets deployed exactly when and where it’s needed. However, this doesn’t mean that activating the ECS, through consumption of cannabis or by any other means, will always make things just right.
Like any other complex biological system, the ECS can go awry. “If deviation from physiological homeostasis is prolonged, due to either external factors or chronic pathological conditions, the eCS can lose its time- and space-selective mode of action and start affecting inappropriate cells,” Dr. Di Marzo explained. “In these cases, the ECS, instead of being beneficial, may actually contribute to disease progression.”
It’s important to remember that activating the ECS, through cannabis consumption or by any other means, isn’t a cure-all. Like most of biology, it’s complicated.
By understanding the biological Goldilocks principle (homeostasis), and how the ECS illustrates this at the cellular level, we can more deeply appreciate why we have an ECS to begin with, and how a variety of cannabis-based therapies might actually work. The presence and critical function of the ECS across many systems of the body, including the nervous and immune systems, explains why such a wide variety of ailments and disease states are responsive to cannabis-based interventions.
ReferencesGunduz-cinar O, Hill MN, Mcewen BS, Holmes A. Amygdala FAAH and anandamide: mediating protection and recovery from stress. Trends Pharmacol Sci. 2013;34(11):637-44. [PDF]Ligresti A, De petrocellis L, Di marzo V. From Phytocannabinoids to Cannabinoid Receptors and Endocannabinoids: Pleiotropic Physiological and Pathological Roles Through Complex Pharmacology. Physiol Rev. 2016;96(4):1593-659. [PDF]Nagarkatti P, Pandey R, Rieder SA, Hegde VL, Nagarkatti M. Cannabinoids as novel anti-inflammatory drugs. Future Med Chem. 2009;1(7):1333-49. [PDF]Pertwee RG. The diverse CB1 and CB2 receptor pharmacology of three plant cannabinoids: delta9-tetrahydrocannabinol, cannabidiol and delta9-tetrahydrocannabivarin. Br J Pharmacol. 2008;153(2):199-215. [PDF]Wilson RI, Nicoll RA. Endocannabinoid signaling in the brain. Science. 2002;296(5568):678-82. [PDF]Zlebnik NE, Cheer JF. Beyond the CB1 Receptor: Is Cannabidiol the Answer for Disorders of Motivation? Annu Rev Neurosci. 2016;39: