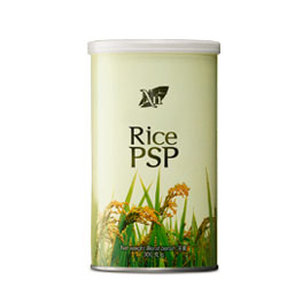 You’re only as healthy as your cells. When you keep the 70 trillion cells in your body healthy and young, you increase your body’s ability to stave off illnesses and premature ageing.

Made from Non-GMO Organic Jasmine Rice

This fragrant powder is rich in proprietary Alpha PSP from rice that contains naturally-occurring vitamins, minerals, antioxidants and phytonutrients. The organic Jasmine rice used in Alpha PSP is grown in the pollution-free, fertile lands of the Siam Valley in Thailand, which are renowned for their incredibly rich minerals. It can be added to water, soups or your favourite beverages to help keep your 70 trillion cells healthy and young.

You’re only as healthy as your cells!

Alpha PSP (Polysaccharide) is prepared from the highly nutritious strain of organic, non-GMO Jasmine rice using Alphaglycanology (an advanced, proprietary, chemical-free hydrolysis process) which creates reduced particle size to facilitate the absorption of bio-nutrients. It fuels your cells instantly and equips them with renewed ability to detoxify, combat free radicals and repair & rejuvenate themselves

Alpha PSP has been awarded 7 patents:

“Just adding a spoonful into a morning beverage before school can help to boost your kid’s thinking abilities!”


In a study by Dr Sawatsri from Emory University in Atlanta, Alpha PSP has been shown to speed up the recovery of injured dendrites (brain cell connections) in less than 48 hours! (In-Vitro Alzheimer Model Study with Neuroblastoma Cells, Sawatsri et al.)

This can translate into improved memory retention and learning abilities of school-going children, or memory recovery of ageing individuals.

This innovative product is the result of collaboration between the National Innovation Agency (NIA), the Ministry of Science and Technology, the International Rice Research Institute (IRRI), university research facilities and government hospitals in Thailand.

When you take Alpha PSP, your cells are provided with the vital nutrition needed to repair, renew and restore, dramatically boosting your wellness and longevity.

Traditionally revered for nursing the sick!
Alpha PSP is the primary bioactive ingredient in rice gruel. In many traditional Asian countries, rice gruel has been used for hundreds of years to nurse the sick back to health. These countries include China, Japan, Thailand and the Philippines.

Traditional Asian families depended on rice gruel as a much-needed remedy for babies, convalescents, the elderly, or anyone who is recovering from an illness. Unfortunately, the “olden day secrets” of preparing effective, health-promoting rice gruel have been lost through the generations.

It’s NOT just about boiling rice in water!

Proper rice gruel requires highly precise cooking. Time, temperature, water levels and stirring have to be absolutely perfect. As Goldilocks from ‘Goldilocks and the Three Bears’ said, “It’s got to be just right.” Not only that - you’ve got to consume rice gruel immediately after it is prepared or it loses most of its healthful properties. That makes it even trickier!

Unfortunately, rice gruel rarely comes out.as desired, i.e., correctly. Fortunately, you can get exactly the same benefits … and more … from Alpha PSP powder. In fact, it delivers even more healthful vitamins, minerals, antioxidants and phytonutrients because it comes from rice harvested at the right “age” -- when nutrients are at their peak.
Alpha-PSP under Scanning Electron Microscopy (SEM)

Studies were identified by conducting PubMed and Google Scholar electronic searches and through reviews of polysaccharide article bibliographies. Only articles published in English were included in this review. Two researchers reviewed data on study design, control, sample size, results, and nature of outcome measures. Subsequent searches were conducted to gather information about polysaccharide safety, structure and composition, and disposition.

Conclusions Taken as a whole, the oral polysaccharide literature is highly heterogenous and is not sufficient to support broad product structure/function generalizations. Numerous dietary polysaccharides, particularly glucans, appear to elicit diverse immunomodulatory effects in numerous animal tissues, including the blood, GI tract and spleen. Glucan extracts from the Trametes versicolor mushroom improved survival and immune function in human RCTs of cancer patients; glucans, arabinogalactans and fucoidans elicited immunomodulatory effects in controlled studies of healthy adults and patients with canker sores and seasonal allergies. This review provides a foundation that can serve to guide future research on immune modulation by well-characterized polysaccharide compounds.

Polysaccharide-rich fungi and plants have been employed for centuries by cultures around the world for their dietary and medicinal benefits. Often thought to merely support normal bowel function and blood glucose and lipid levels certain polysaccharides have attracted growing scientific interest for their ability to exert marked effects on immune system function, inflammation and cancers

Many of these chemically and structurally diverse, non- to poorly-digestible polysaccharides have been shown to beneficially affect one or more targeted cellular functions in vitro  but much of the in vivo literature consists of studies in which polysaccharides were injected.For clinicians and scientists interested in immunologic effects following dietary intake, the value of such studies is uncertain.

Polysaccharides that elicit effects in vitro or by injection may be ineffective or have different effects when taken orally We thus decided to conduct a systematic review to evaluate the specific immunologic effects of dietary polysaccharide products on rodents and human subjects.