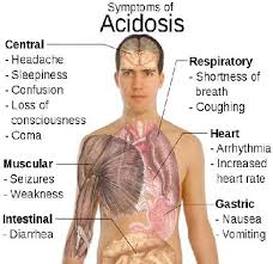 Alkaline Water vs. Hydrogen Water - Where Does Health Lie? Water That Cures Disease Is alkaline water the key to health and longevity? Or is hydrogen rich water the key?

"We have seen that water that produces disease refers to hydrogen poor water. On the other hand, water that prevents and cures disease refers to water that contains a lot of hydrogen, namely, Hydrogen Enriched Water. ( Please note that hydrogen poor and hydrogen enriched water are terms I have coined.) The basis for this, in brief, is that the abundant hydrogen found in Hydrogen Enriched Water becomes active hydrogen in the body and removes the active oxygen that is considered to be the cause of all kinds of diseases. In recent times practically everyone has seen or heard, on television, radio, newspapers and health magazines, the expression " active oxygen is the cause of all kinds of diseases.

" Active oxygen is exactly what the words include: oxygen that is active. The action of oxygen is oxidation, which means that it burns things up or produces rust on metals such as iron and copper. Active oxygen thus means oxygen with a particularly strong oxidizing action. Expressed metaphorically, if we compare the oxygen we normally breathe to kerosine, active oxygen would correspond to gasoline. A simple explanation of the expression "active oxygen is the cause of all kinds of diseases" is that because active oxygen has a particularly strong oxidizing action ( oxidative damage ) on genes(DNA),it damages the genes and causes diseases. Life is maintained in our body by the metabolism in which the oxygen we breathe in through our lungs burns up the food we take in through our mouths, and the byproduct of this process is active oxygen, which is emitted as a kind of combustion gas. Let us describe this reaction, in which the air we take in through our lungs " oxidizes" our food, from the viewpoint of the food. What happens is that the food "reduces" the oxygen.

The ordinary oxygen that is reduced by the food becomes active oxygen. We maintain our lives by breathing oxygen ; however, since it is believed that around two percent of the oxygen we breathe in is transformed into active oxygen, we cannot avoid producing active oxygen as long as we are alive. Therefore to preserve our health it is necessary to suppress the active oxygen that we are constantly producing and trump card doing this is hydrogen enriched water."