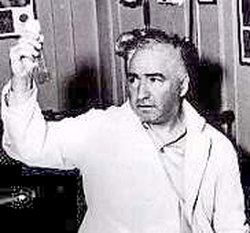 Reich also noted that the conditions of expansion and contraction affected a person, not only emotionally, but down to the autonomic nervous system, to the cellular, and even chemical levels. States of expansion produce parasympathetic conditions associated with dilation of the blood vessels and increased circulation, pain relief, better digestion and peristalsis, lower blood pressure; and the stimulation of potassium and lecithin production; along with creating a sense of well-being, and sexual excitement. States of contraction, however, produce sympathetic effects: constricted blood vessels, less blood flow, and often pain. In addition, the contracted condition increases blood pressure and heart beat rate, adrenaline flow and cholesterol; it inhibits digestion and blood supply to the genitals and is associated with the emotions of anxiety and "stress".

The ability of the body to expand and contract and not become "stuck" in one mode, created what Reich called the pulsation of life which distinguished the living from the non-living. This pulsation of expansion and contraction also followed a specific four-beat rhythm:  Tension - Charge - Discharge - Relaxation

Reich observed this energy pattern within the organs of the body: from the beat of the heart, to peristaltic movements of the intestine, the bladder, and especially obvious in the sexual function of orgastic discharge. He called this pulsating pattern the function of the orgasm or the Life Formula.

Dr. Reich determined that stacking alternating layers of fiberglass (an organic substance) and steel wool (an inorganic substance) would actually attract and collect orgone/etheric energy of both the life-beneficial positive form (which Reich called "OR" or "POR") and harmful negative etheric energy ("deadly orgone" or "DOR"). He constructed large boxes called "orgone accumlators" or "oracs" using this simple layering principle and was able to successfully heal his patients of various ailments, including various forms of cancer, by having them sit inside the box for periods of time.

In 1986, scientists at the University of Marburg, Germany published the results of a blind study which showed that 30-minute orgone accumulator treatments caused consistent, positive psycho-physiological effects not seen with the all-fiberglass box used for a control, stating:

"the results received in our investigation furnish evidence for the assumption that the physical properties of the orgone accumulator and its psycho-physiological efficacy on human organisms, postulated by Reich and his associates, factually exist."

Reich's work was continued in earnest in the 1960's by more open-minded Russian scientists such as Dr. Nikolai Kozyrev (1908-1983), who also scientifically proved that such unseen energies indeed exist all around us, and who's Reich-inspired work led to the unfortunate development of practical Soviet military defense applications which utilized principles of so-called "torsion fields" (e.g., etheric energy). Kozyrev's work, which indeed confirms both Reich's research and our empirical experiences with orgonite, was classified until the fall of the Soviet Union in 1991.

Following in their footsteps, thousands of Ph.D.-level researchers from both sides of the Iron Curtain spanning multiple generations have continued Kozyrev and Reich's pioneering work, slowly forcing mainstream Western science to finally"officially recognize" the concept of a universal, unseen energy medium they call "dark matter," "vacuum flux" or "zero-point energy," depending on who you ask. It is commonly understood among orgonite enthusiasts that these are all essentially describing the same thing, which Reich called "orgone".