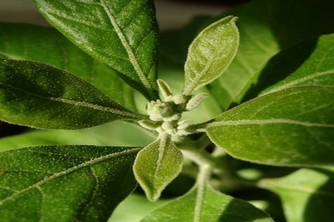 Ashwagandha (Withania somnifera) has been used for centuries in Ayurvedic medicine to increase longevity and vitality.1 Western research supports its polypharmaceutical use, confirming antioxidant, anti-inflammatory, immune-modulating, and antistress properties in the whole plant extract and several separate constituents.2 The author reviews the literature pertaining to ashwagandha and its botanical constituents as antitumor agents and its use in conjunction with radiation and chemotherapy treatment.

The review was limited to books and articles published in English and indexed on the MEDLINE and EBSCO medical databases. Keywords used were Withania somnifera, Dunal, ashwagandha (including alternate spellings), winter cherry, Indian ginseng, withanolide, glycowithanolide, withaferin, and rasayana. Of the 218 articles about the herb identified, 55 pertain directly to its antitumor actions or explore its effects when administered concomitantly with radiation and/or chemotherapy.

Both in vivo and in vitro research attest to the cytotoxic and antitumor potential of ashwagandha. The author cites a study in which osteogenic sarcoma and breast carcinoma cell lines were treated with 3-24 μg/mL aqueous leaf powder extract of ashwagandha. Study results revealed that the cells treated with ashwagandha showed reduced proliferation compared with controls. The same cells exposed to high oxidative stress via a high-glucose medium or exposure to H2O2 were actually more susceptible to the effects of oxidative damage after treatment with the ashwagandha extract. This suggests that ashwagandha has an antiproliferative effect, but not an antioxidant effect, on human tumor cells.

In vivo research on ashwagandha as an antitumor agent confirms its usefulness in slowing tumor growth and increasing survival time, says the author.

The herb exhibits both antioxidant and pro-oxidant activity. Tumor-bearing animals treated with both intraperitoneal and oral doses of ashwagandha showed increased glutathione, superoxide dismutase, glutathione peroxidase, and catalase in the liver and skin.3,4 The author cites a study that suggests that ashwagandha may also mitigate unregulated cell growth via the potent tumor suppressor gene p53, which regulates cell cycle proliferation. Other antitumor mechanisms of ashwagandha include inhibition of angiogenesis, NF-κB (nuclear factor kappaB) suppression, and enhancement of the immune system.

The author cites studies showing that ashwagandha enhances the effect of radiation on tumor size and has the capacity to mitigate some side effects of the radiation therapy. For instance, in mice, ashwagandha has been shown to reduce the side effects of chemotherapeutic agents, cyclophosphamide and paclitaxel, without interfering with the tumor-reducing actions of the drugs.

Limited research has explored the possibility of mitigating doxorubicin cardiotoxicity through utilization of an herbal formula (CardiPro[r]; Square Pharmaceuticals Ltd.; Bangladesh) that includes 25 mg ashwagandha root extract. Animals receiving combination therapy demonstrated less ascites and a halving of mortality rate. The cardiotoxicity of the doxorubicin was also mitigated. Research is warranted, say the author, to establish whether WS alone could act as a cardioprotective therapy in conjunction with doxorubicin.

All the effects of ashwagandha have been demonstrated either in vitro on human cancer cell lines or in vivo on animal subjects. According to the author, no human trials have been conducted.

Withania somnifera shows great potential as a safe and effective antineoplastic agent,' concludes the author. He suggests that more research be conducted to determine if the herb can duplicate this activity in humans and to determine an optimal dosage range for achieving the effects. 'Experienced natural medicine practitioners, working hand-in-hand with oncologists, could increase effectiveness and decrease side effects of conventional treatments with the use of Withania somnifera.'