Glutathione... What It Is, What It Does and How To Get It 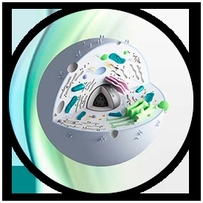 It's the same old story over and over. The building blocks of glutathione can be taken as a supplement and that is the death knell in the medical community. If it's not an FDA approved drug that the doctor can prescribe, then forget it.

Also, doctors don't have time to read all the articles being published in medical journals and they don't teach natural health and supplementation in medical school. Again why is that? Just ask who largely funds medical schools today and the path leads directly to the pharmaceutical industry. They don't like supplements.

To begin, glutathione is a powerful antioxidant created in our cells that has been shown to fight cellular inflammation, detoxify cells, improve liver function and support the immune system.

Glutathione (GSH) is a tri-peptide and not an essential nutrient since it is synthesised from three amino acids. For brevity, the shorthand term "GSH" will be used throughout this page.


In fact none of the three amino acids are essential nutrients either since all of them can be synthesised from various proteins that we consume.

L-cysteine is synthesized from the essential amino acid methionine.

L-glutamic acid is synthesised from glutamine (among others) and its salts (electrical neutral compounds) are called glutamates of which our old friend and headache maker, MSG (monosodium glutamate) is one.

Glycine is synthesized in the body from the amino acid serine.

GSH is synthesized in the cell by way of two adenosine triphosphate (ATP) dependent steps.

Recall that adenosine triphosphate (ATP) is created in the mitochondria of the cell and is used as a source of chemical energy. For this reason, mitochondria are often referred to as the cells power plant.

ATP is a cofactor; that is, a chemical compound that is required for the protein's biological activity. These proteins are commonly enzymes and cofactors (or coenzymes) and can be considered "helper molecules and/or ions" that assist in biochemical transformations.

Do the Two-Step
Having reviewed ATP, we can now describe steps one and two in the synthesis of GSH.

This first step is rate limiting; in other words, it controls how fast GSH can be synthesised.

As you might have gathered, any chemical substance that ends in "ase" is most likely an enzyme. Amylase and lipase are two enzymes in saliva that break down protein and fats respectively.

Size Matters
A logical question might be, "Why does GSH have to be synthesised in the cell?" and the answer is that the GSH molecule is too big to be taken into the cell directly; thus the building blocks (the three amino acids) enter the cell where the ATP already resides and then the two-step construction process can proceed.

Attempts have been made to create GSH supplements but have not been very successful due to the large molecular size plus the fact that when the preformed GSH hits the digestive tract, the proteins get digested and it is destroyed.

So even if it were of a size suitable for absorption, the digestive environment would preclude it from ever having a chance to be absorbed.

Our choices then become one of ensuring that we get enough of the three glutathione building blocks in our food or supplement with the three components (or both).

There are also several other natural substances that enhance the conversion of proteins to GSH and are necessary for the recycling of GSH, both of which will be discussed shortly.

GSH Functionality
Glutathione has multiple functions including:
It's most important role by far is that of antioxidant, in fact it is the master antioxidant. There are four antioxidants produced by the body as opposed to antioxidants we ingest such as vitamins C, E and D3 for example.

Those produced by the body are called endogenous antioxidants and consist of glutathione, superoxide dismutase, catalase and coenzyme Q 10 (CoQ10). From the names, it is obvious that the last three are enzymes (enzymes end in "ase") while GSH is the tri-peptide amino acid compound.

The Aging Problem
While GSH is produced by the body, the bad news is that its production starts to decline steadily after age 20 or so. As GSH production declines, unresolved free radicals increase.

The result is more and more diseases of aging and general deterioration of the body. The consequences of decreased levels of GSH are numerous and include:
The whole list shown above can be boiled down into just a few statements.

Without GSH every cell in our bodies would die prematurely from its own waste products; the entire immune system would cease to function; the liver would cease to detoxify the body of all the toxins we ingest daily; and with a total absence of GSH, oxygen based life would be no more.

Along with GSH, we would include the master hormone, HGH or human growth hormone, as another "must have" nutrient for optimal health. This is what Suzanne Somers is best known for promoting and Dr. James Forsythe's book, shown to the left as an interactive link, covers it very well.

Food Sources of the Glutathione Components
Since GSH synthesis depends on the presence of certain amino acids, it figures that most foods rich in protein would be good sources of the basic building blocks, and they are.

Whey protein contains 8 times more of the amino-acid cysteine than casein, a protein that accounts for about 80% of the protein in cow’s milk and cheese. However, it is important that if one is supplementing whey protein for GSH production, it must be bio-active, meaning not denatured and not pasteurized.

L-glutamic acid comes from all meats, poultry, fish, eggs and dairy products. An edible kelp known as kombu, or konbu, in Japan is extremely rich in glutamic acid. In addition, some protein-rich plant foods are also good sources, Ninety-five percent of the dietary glutamate is metabolized by intestinal cells.

If the protein building blocks are so plentiful in such common foods, why should we ever have low GSH levels, especially as we age? The answer most likely is in the cooking and preparation.

These proteins are delicate and can be injured or destroyed by heat or by rapid agitation such as blending. So we think we are getting a lot of the three amino acids from eggs? Not if they are fried, poached, scrambled, hard boiled or whipped into a froth and baked into grandma’s pies and cakes.

For GSH purposes at least, raw is the way to go when it comes to eggs and other amino acid containing foods. So who eats raw eggs, raw meat or raw fish (besides the Japanese)? Not many people in North America.

Well, that leaves us with GSH supporting supplements. Read on.

Glutathione Support Supplementation
There are several products on the market that attempt to function as GSH supplements but care must be taken in selecting the proper product.

The problem is that most of them involve the direct intake of GSH but, for reasons previously given, it doesn't work.

The one that works takes the more proven approach of providing nutrients that cells can absorb and use to produce GSH.

Reading the label on this particular product,we find that it has 125mg of RiboCeine, also known as D-Ribose-L-Cysteine. According to company literature, "RiboCeine is a breakthrough nutrient compound of epic proportion that has been shown to effectively deliver the key precursor nutrient into the cell that enables it to produce optimal amounts of GSH."